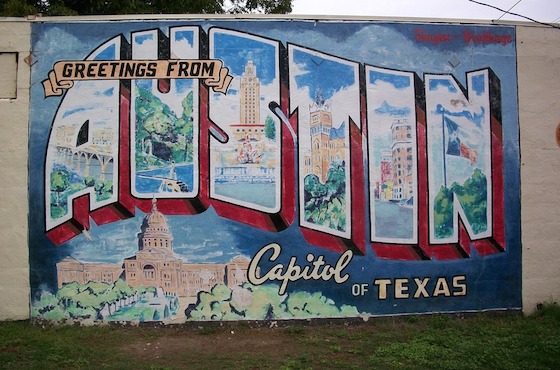 The fastest growing city in America. The live music capital of the world. How about the most energetic and eclectic classical music community anywhere?  So many programs…so little time! We have picked out a few of our favorites as Top Ten Classical Highlights of 2016.

1. Waking Up With Sara Schneider: After a two-year expat adventure in Germany, Ancient Voices host Sara Schneider returned to Austin and took the helm of KMFA’s morning show. A great way to start your day!

2. World Premiere of Considering Matthew Shepard: Craig Hella Johnson’s modern-day oratorio was performed with the artistry and heart that characterize Conspirare’s music-making, and KMFA captured the premiere for a broadcast that reached across the country.

3. The Return of Mozart Requiem Undead: Texas Performing Arts teamed with Panoramic Voices, Golden Hornet co-founders Graham Reynolds and Peter Stopschinski, and a host of brilliant composers to revive this inventive new version of the Mozart Requiem – broadcast on KMFA.

5. Austin Symphony’s Compassion concert: The ASO’s Peter Bay made an inspired decision in presenting Lior Attar and Nigel Westlake’s song cycle based on ancient Hebrew and Arabic texts. The extraordinary Lior performed with the Austin Symphony in this genre-bending, mind-expanding program – the first performance anywhere following its Australian premiere.

6. Native Tongues: Austin Baroque Orchestra’s fifth annual program of Latin American music was a superb program – a musical and linguistic polyphony exploring the emergence of a distinctive musical sound as the indigenous peoples of the New World adopted and adapted the sacred music of the Old.

7. Austin Opera’s Manchurian Candidate: With a packed house, a stunning score by Kevin Puts, dramatic videos, bare-bones scenic design and the orchestra onstage with the singers, Austin Opera demonstrated just how thrilling and beautiful 21st-century opera can be.

8. The World’s First Giant Twitter-Powered Metronome: In October KMFA unveiled a Twitter-powered metronome at historic Brush Square. With gorgeous artwork by Kong Wee, the metronome project is a visual expression of KMFA’s love for the city we call home.

Speaking of 50th anniversaries: KMFA turns 50 on January 29, 2017!  Stay tuned for news of our birthday plans as we head into another year of great classical music on-air, online, and in person.