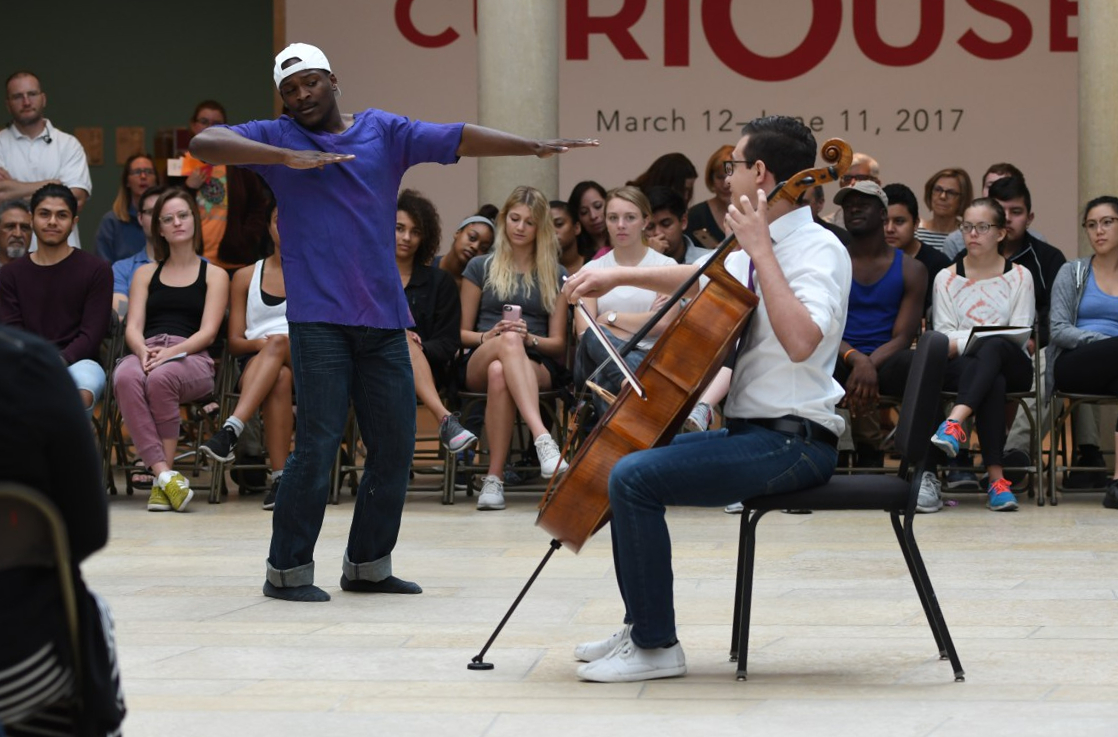 Austin Camerata kicks off its first annual music festival on May 13, and as one of the performers, I get a front row seat to all of the action. The four shows will have a bit of something for everyone, and — even though I’m a bit biased — are not to be missed!

Austin Camerata is the brainchild of Daniel Kopp, a current cello performance Master’s degree student at UT’s Butler School of Music. He told me that the idea for a new chamber music festival in Austin grew from an experience he had last summer: when two of his quartet-mates forgot their music stands for a concert at a nursing home, he was forced to stall for time by giving an impromptu talk about the music they would be performing. To his surprise, the audience loved his insights into the music and connected with the performance in a way that he wanted to recreate and share with others.

From that point on, the idea of connecting with people through stories has driven everything that Austin Camerata has done. Their tagline is “Chamber Music Reimagined,” and the entire inaugural festival is an experiment in what that can mean. Central to this experiment is the concept of collaboration not only as a group effort between musicians, as you might see in a typical chamber music performance, but with artists of other genres and even audience members. Among these partnerships are multiple pairings of music with original dance choreography and short stories that were written specifically to accompany the music being performed. As Daniel explained to me, he believes that “collaboration between art forms leads to greater artistic peaks for all the artists involved.”

After taking part in this project, I think he's onto something. Color Field, which I'll be performing in on May 13 and 21, consists of five musician-dancer pairs that each put their own unique spin on the solo string music of J.S. Bach. I’ve had the pleasure of working with D’Lonte Lawson to develop choreography to the Gigue from the Suite for Unaccompanied Cello No. 1. D’Lonte uses hip-hop dance for this piece, and while it creates a surprising juxtaposition with the baroque style of the music, his movements flow together perfectly with the musical phrases of the cello part. We purposely change the way we perform it every time, and it’s an amazing feeling to respond to each other’s movements and timings on the fly. Each pairing in Color Field is completely different, and I can’t recommend this show enough!

I’m also looking forward to performing a fiddling-influenced viola and cello duet by American composer Paul Wiancko called American Haiku on May 18 at 4th Tap Brewing Co-op, and the raucously fun final movement of Felix Mendelssohn’s Octet at the Grand Finale performance on May 21. Austin Camerata will also be presenting a special family-friendly children’s concert at the Ruiz Branch of the Austin Public Library on May 20.

Daniel told me that he vividly remembers a moment when, as a fourth grader, he was asked to paint whatever he wanted while listening to the music of Jean Sibelius. That feeling of unbridled creativity stuck with him, and it’s a feeling that he says he wants to leave his audiences with at the end of each performance. In my estimation, Austin Camerata is well on its way to achieving that dream.