A Jingle, A Jangle 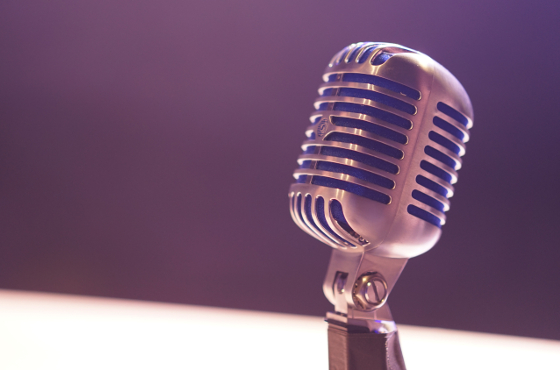 The recording of the KMFA Theme IDs is supported by a generous grant from the Eva and Marvin Womack Foundation.

If you’re of a certain age, you probably remember that most broadcasters had a signature theme.  Jingles, they were called. And their use goes way, way back to the beginnings of radio. Probably the most famous of these was the NBC audio logo, which in some form or fashion, is still being used today. Three notes played on chimes. G-E-C. They even sound like “N B C”. Actually, their origin is even more clever; radio station WSB in Atlanta was using chimes at the top of the hour in the late 1920s, and NBC in New York got wind of this, heard what was being used, and decided to employ a variant of Atlanta’s chimes, which were E-G-C, and moved things around a bit so that they could get G-E-C. Why G-E-C? Those letters just so happened to be the initials of the name of the company that owned NBC, General Electric Corporation. By the early 1930s, these notes had become the signature for the network, and were played by hand on studio chimes.

The first use of a jingle for a specific product was actually a “singing commercial” for Wheaties. It aired in only one market, in Minnesota, but when it did, something amazing happened. Sales of Wheaties grew by 26% in a few weeks’ time, and executives at General Mills decided without hesitation to roll this jingle out across the country. The result was a whopping increase in sales of Wheaties nationwide. Soon, advertisers began using them more and more, with great success. Jingles were a hit, giving audiences something fun to listen to, and remind them of a product!

Here at KMFA, we’re celebrating our 50th anniversary, and while radio stations rarely use audio logos and jingles, we decided we should go nostalgic and actually START using one.

The idea for this came about as the result of a commission from KMFA of the composer Dan Welcher, who was asked to write a “celebratory” work for KMFA’s 50th anniversary. In KMFA: A Celebratory Overture, the composer chose a four note theme, which would become the basis for KMFA’s audio signature. As Welcher explains:

“I took the four call letters of the station’s name and assigned them musical pitches: K (=C) M (=G) F, and A. These four notes, both in the original key and in every imaginable transposition, become a leitmotif organizing the entire overture.”

The four notes are constantly present throughout the overture, a wonderful trip down the dial with familiar works of classical music woven together, including Rossini’s William Tell Overture – the first piece of music heard on KMFA on the afternoon of January 29, 1967.

Dan Welcher’s KMFA: A Celebratory Overture had its premiere with the Austin Symphony Orchestra, led by Peter Bay, in January of this year. There have been subsequent performances by the Round Top Festival Orchestra, conducted by Emilio Colon this summer, and most recently with the University of Texas Symphony, led by Gerhard Zimmerman.

Back to that four note theme –  Welcher, as part of KMFA’s commission, also composed short, stylized versions of the KMFA theme, which KMFA could use throughout its broadcast schedule. We’ve constructed a series of pieces showcasing some of Austin’s amazing local talent – pianist Anton Nel, The Miro Quartet, and The Austin Saxophone Ensemble - playing through these “short versions” of the KMFA theme, which you hear at the beginning of each hour on KMFA, along with our FCC required station identification. Additionally, the Venezuelan pianist Gabriela Montero visited the station in May when she was here to perform with the Austin Symphony. She has a reputation for her brilliant ability to improvise on virtually any theme. When she sat down at KMFA’s piano, she was shown Dan’s four note theme (C, G, F, A – for K, M, F, A), and within seconds was off to create a wonderful improvisation on our theme.

Over the coming years, we hope to get many more artists to have fun with our theme, and we hope that you will soon recognize those four notes, and perhaps even hum, sing, or whistle them!