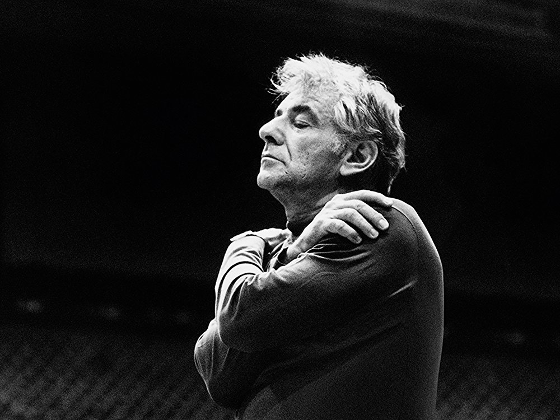 In the first installment, veteran filmmaker and arts reporter Quin Mathews hosts an exploration of Mass with guests Jamie Bernstein, Karen Bernstein, the Austin Symphony’s Maestro Peter Bay, conductor JoAnn Falletta, tenor Michael Hume, and others in a program rich with both the music and the story behind it.

► Listen to Leonard Bernstein: The Composer

In Part II of the series, host Quin Mathews presents the other side of Leonard Bernstein, that of composer, who wrote more than a hundred musical works. This program presents the astonishing range of Bernstein’s creativity: his works for theater like Candide, ballets such as Fancy Free, intimate piano works like his Anniversaries, and heart-rending symphonies such as Kaddish and Age of Anxiety. But it was in writing soaring melodies in West Side Story that he also became one of the greats of Broadway. We’ll visit with Bernstein’s niece Karen, his daughter Jamie, and conductors JoAnn Falletta, Andrew Litton, and Peter Bay for their insights as well.

► Listen to Leonard Bernstein: The Conductor and Musician

The final installment of the series aired on the maestro’s 100th birthday, August 25. Host Quin Mathews takes us through the story of Leonard Bernstein the conductor and musician, from his unexpected national radio debut at age 25 to his memorable Young People’s Concerts and his emergence as the most prominent American in classical music of the twentieth century. Included are those who worked with him and were influenced by him, like conductors JoAnn Falletta and Andrew Litton, former Boston Symphony violinist Emanuel Borok, as well as members of the Bernstein family—his daughter Jamie and niece Karen Bernstein, who is an Austin-based filmmaker.