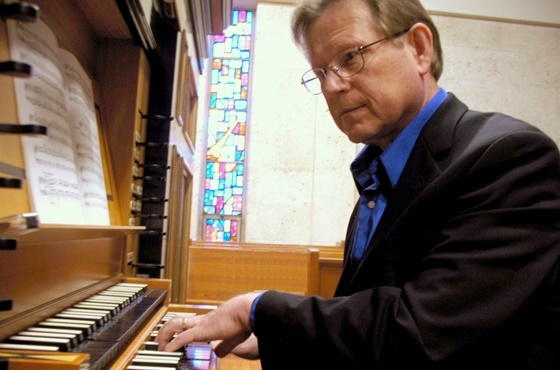 This is La Follia's 40th anniversary season. They are responding to the current challenges presented by the pandemic with an imaginative season which combines online concerts with the commitment to return to live performance as soon as safely possible.

For their November concert, La Follia will feature the historic organ at Redeemer Presbyterian Church in Austin with Keith Womer, Gitanjali Mathur, the La Fallia string ensemble, and special guest Anton Nel. The star of the show is the organ!

While organ concertos may seem exotic, they were very popular during the Baroque and Classica Era. And why not? The sound of an organ with strings thrilled the listeners of the day as much as it thrills audiences now. Handel found they were so popular as interludes during his oratorios that he wrote 16 of them!

Learn more about this performance here.

This concert will be recorded with the use of multiple camera angles in HD and CD quality audio to provide viewers the best possible experience. La Follia is offering several pay-per-view options including single or household viewing. Concert-goers can also elect to purchase individual performances or a two-show combo subscription.

BUY A TICKET FOR THIS SHOW

Based in Austin, Texas, we perform music from the time of Bach, Handel, Vivaldi, Haydn and Mozart. We use instruments and performance practices appropriate to the period, so you experience the music exactly as the composers experienced it. Winner of multiple Austin Critics Table awards including Best Ensemble, La Follia is, in the words of the Austin American-Statesman, “Baroque done right.”