Watch Episode 5: Use Technology You Already Have to Make Music with Graham Reynolds 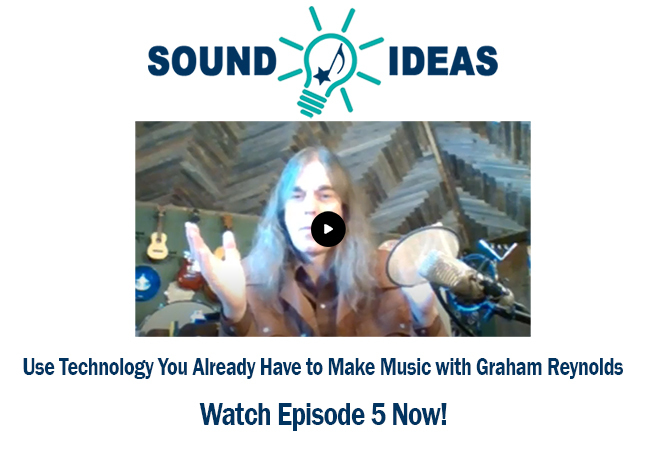 Lesson Description:
Learn about free and very inexpensive ways to make music at home with the devices you already have, along with basic recording techniques.

Materials Needed:
Any personal device that you already have at home, like a smart phone, laptop, iPad, or personal computer.

Heard throughout the world in films, TV, stage, and radio, he recently scored Richard Linklater’s Where’d You Go, Bernadette with Cate Blanchett, Kristen Wiig, and Laurence Fishburne for Annapurna Pictures, Happy Jail for Netflix, the Rude Mechs’ Stop Hitting Yourself for Lincoln Center Theater, Ballet Austin’s Grimm Tales, and a multi-year commission from Ballroom Marfa, The Marfa Triptych.  He has performed on an array of legendary stages, from the Kennedy Center to the Green Mill Tavern to the Conan O’Brien Show. His Creative Capital Award winning project, Pancho Villa from a Safe Distance, a bilingual cross-border opera created with librettists Lagartijas Tiradas al Sol (Mexico City) and director Shawn Sides (Rude Mechs), has been staged in over a dozen cities in North America.

As Artistic Director of the non-profit Golden Hornet, he leads efforts which draw on the collaborative spirit of rock bands and the composer-led nature of classical music, with a focus on commissioning new music, fostering young and emerging composers, and presenting adventurous works in non-traditional settings. Alongside Kronos Quartet's longtime cellist Jeffrey Zeigler, he curated The Sound of Science, an interdisciplinary, multimedia performance that is touring internationally.

Middle School 1, 2, 3 | Technology Applications. Creativity and innovation: Identify, create, and use files in various formats such as text, raster and vector graphics, video, and audio files; create original works as a means of personal or group expression.

Update Required To play the media you will need to either update your browser to a recent version or update your Flash plugin.