Bringing it Bach Again - Live and In Person 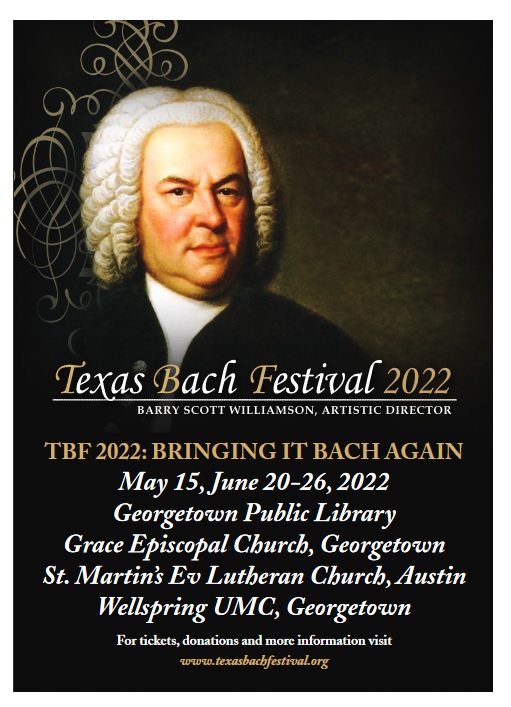 What would summer be without festivals? One of the first is the Texas Bach Festival. It’s live and in person for the first time in two years. In this expanded version of Staccato hear where, founder, Barry Scott Williamson developed his love of Bach. So much that he surrounds himself with pictures of the 18th century composer.  The festival starts June 20th in Austin and in Georgetown.