Workbench is a classical music sandbox - anything and everything from traditional favorites to themed programming to little known gems will traverse KMFA's late-late night (or very early morning) airways. Get a peek inside host Jeffrey Blair's head each day on Workbench! 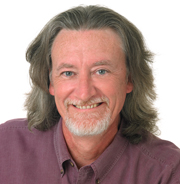 Jeffrey has been with KMFA since 2000. Besides being an announcer, he is also the Production Manager (recording, mixing, and generally making sure that everything sounds as good as possible). When he's not at the station Jeffrey can be found spending time with his lovely wife, Z, or driving around in his 1971 VW bus named Grateful Phred. Other activities include cooking, reading, writing, listening to all types of music, going to concerts, and going for a nice walk with the dog. Jeffrey also loves to give talks about classical music and will do so whenever the occasion presents itself.

11-20 Favorites from the 20th Century 11-19 Great Eights View show archive
Hosts
KMFA Programs
National Programs
Update Required To play the media you will need to either update your browser to a recent version or update your Flash plugin.