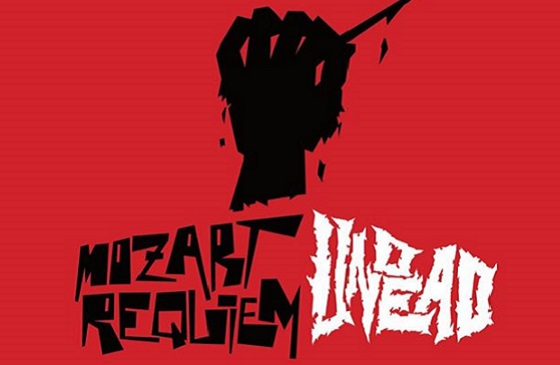 This is a broadcast of a previously recorded event.

Listen to this broadcast online by clicking the "Listen Live" button at the top of this webpage or by tuning your radio to 89.5 FM on Friday, October 21 at 7pm.

KMFA's Chris Johnson will host this special program, which will include a recording of the September 16, 2016 performance of Mozart Requiem Undead by Panoramic Voices (formerly Texas Choral Consort) along with Austin-based vocal ensemble Convergence. The broadcast will also include the world premiere of Tired Tropes for Battered Souls by Caleb Burhans, which was commissioned by Texas Performing Arts and KMFA 89.5.

In 2014, Texas Performing Arts and partners Golden Hornet Project and Fusebox Festival presented Mozart Requiem Undead to open the Fusebox Festival at the French Legation Museum. Ten composers were commissioned to rework various movements of Mozart’s Requiem Mass. The only stipulation was that the composers had to keep the vocal parts as originally written by Mozart.

If you'd like to read the Libretto of Mozart Requeim Undead, here is the full text.

To learn more about how Texas Choral Consort became Panoramic Voices, listen to the Staccato segment on the new name.

To learn more about the 2016 performance, you can listen to Classical Austin with Dianne Donovan as she interviews Kathy Panoff, Director of Texas Performing Arts, and Brent Baldwin, Artistic Director of Panoramic Voices.