Broadcast: "Strange in Other Ways" Premiere 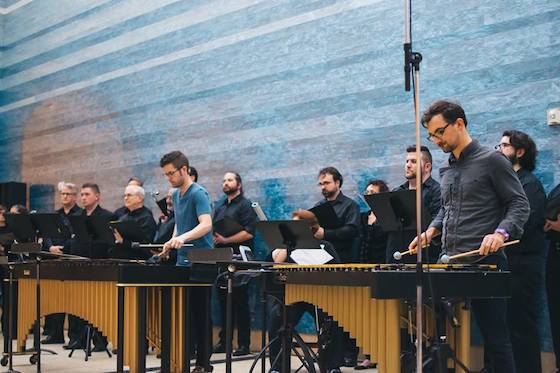 Listen to this broadcast online by clicking the button at the top of this webpage or by tuning your radio to 89.5 FM on Friday, July 28 at 6:00 p.m. This is a broadcast of a previously recorded event.

Tune in Friday, July 28 at 6:00 p.m. for a special "Listen Local" broadcast of "Strange in Other Ways," the premiere of a new choral work by composer Travis Weller. The piece was performed by Panoramic Voices, line upon line, and members of the New Music Co-Op in February 2017 as part of the Blanton Museum's "Beat the Rush" series. During the broadcast, Travis Weller and Panoramic Voices' Brent Baldwin will join Midday Oasis host Dianne Donovan to discuss the creation of the work and its premiere.

"Strange in Other Ways" premiere at the Blanton. Panoramic Voices. February 2017.