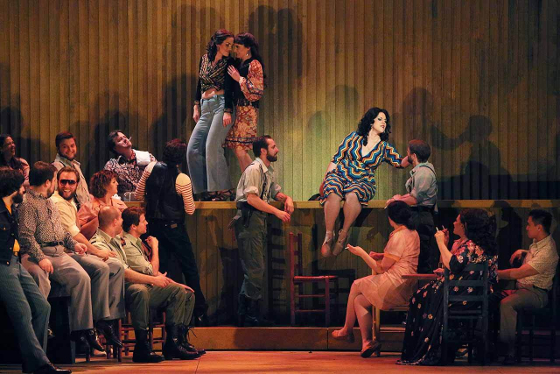 Listen to this live broadcast online by clicking the button at the top of this webpage or by tuning your radio to 89.5 FM on Sunday, November 19 at 2:20 p.m.

KMFA is proud to bring you a live broadcast of Austin Opera's production of George Bizet's Carmen. Mezzo-soprano Sandra Piques Eddy, praised for her “dark, sensuous mezzo and charming stage presence” (Opera Magazine), stars in the provocatively alluring title role alongside tenor Chad Shelton, the naïve soldier who succumbs to her advances to tragic end. Baritone Norman Garrett will storm the stage in his Austin Opera debut as the Toreador, Escamillo.

The story is filled with passion, obsession, revenge and remorse; complete with soldiers, smugglers, a Toreador and the beguiling woman at the center of it all, Carmen. KMFA's Sara Schneider and Dianne Donovan are your hosts for this live broadcast from The Long Center in Austin.