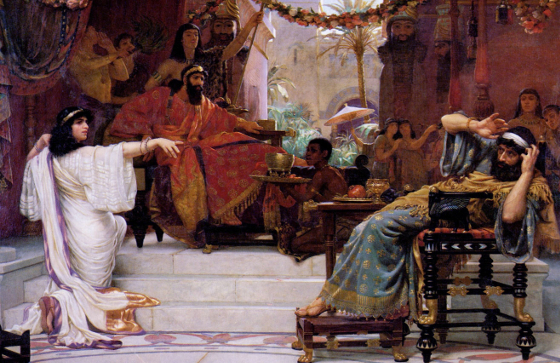 Listen to this broadcast online by clicking the button at the top of this webpage or by tuning your radio to 89.5 FM on Friday, March 30 at 7:00 p.m. This is a broadcast of a previously recorded event.

KMFA is excited to feature Chorus Austin for our March Listen Local broadcast. Join us on Friday, March 30 at 7:00 p.m. for a rare treat, with their 2017 performance of “Esther,” a recently rediscovered oratorio by Cristiano Giuseppe Lidarti. Completed in 1774, this long-hidden masterwork tells the story of Queen Esther’s rescue of the Jewish people. The 180 voices of Chorus Austin’s Symphonic Chorus, under the baton of artistic director Ryan Heller, will perform this full-length oratorio in Hebrew with orchestra and soloist Meredith Ruduski, soprano, as Esther. Other soloists are Janeene Williams, soprano, as the Israelite Woman; Steven Brennfleck, tenor, as Ahasveros; Albert Garcia, tenor, as Mordechai; Gil Zilkha, bass, as Haman; and Aaron Coronado, tenor, as Harbona.