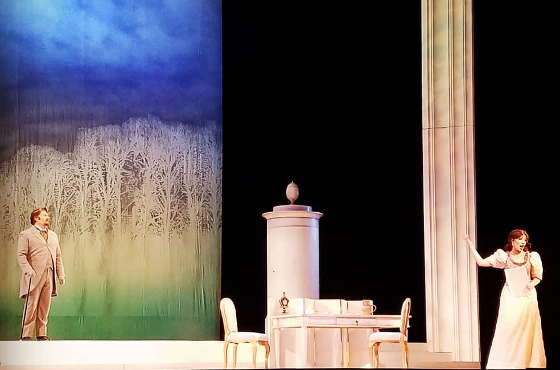 Listen to this live broadcast online by clicking the button at the top of this webpage or by tuning your radio to 89.5 FM on Sunday, May 6 at 2:20 p.m.

Austin Opera presents Giuseppe Verdi’s masterpiece La traviata and KMFA takes you there! Witness all the drama of Violetta’s doomed affair with Alfredo, as she is forced to choose between her love for him and the life of freedom she’s always known. Don’t miss a note of one of the most beloved operas in the world--tune in to KMFA’s live broadcast!

You’ll hear Marina Costa-Jackson as Violetta, Scott Quinn as Alfredo, and Michael Chioldi in the role of Germont, with guest conductor Steven White on the podium. Dianne Donovan and Sara Schneider co-host an exciting afternoon at the opera!