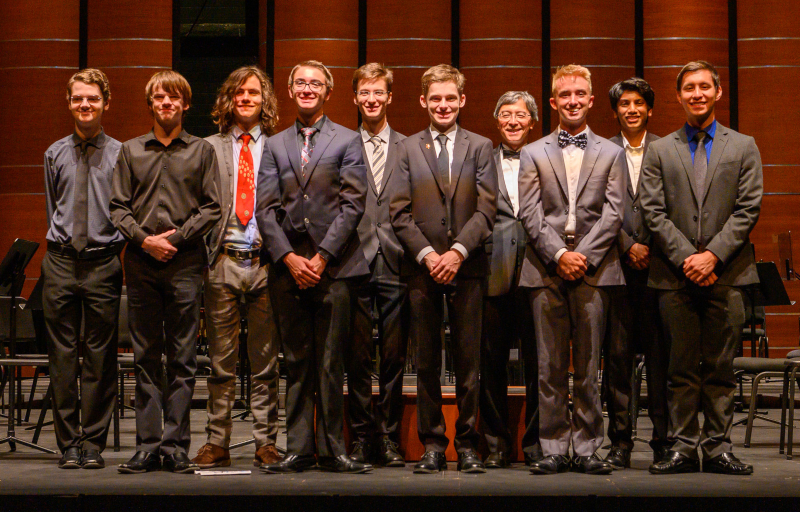 Listen to this broadcast by tuning your radio to 89.5 FM or by clicking the streaming button at the top of this webpage on Sunday, August 4 at 7:00 p.m. This is a broadcast of a previously recorded event. It will not be archived for on-demand listening.

Each year the Austin Symphony Orchestra invites young Texas composers ages eighteen and under to participate in the Sarah and Ernest Butler Austin Symphony Young Composers Competition. These talented composers submit an original orchestral composition seven minutes or less in length using standard orchestral instrumentation. The competition results in cash scholarships for the winners as well as the exciting opportunity of having their works played in a concert given by the Austin Symphony. KMFA will broadcast the performance of the 9th annual competition winner’s compositions this Sunday, August 4 at 7:00 p.m. This year’s winners are:

These scholarships are made possible by a generous endowment from Sarah and Ernest Butler.