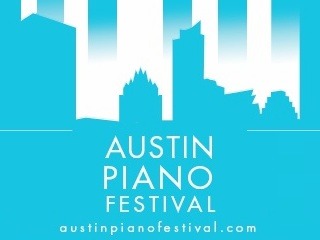 Steven Dong is fourteen years old and a ninth grader at Clear Lake High School in Houston, Texas. He started piano lessons at the age of five from his first teacher, Ms. Hui Cai in Troy, Michigan. Having moved to Ames, Iowa at six, he continued study with Ms. Laura LaGrange and later Ms. Larisa Kanevski. In 2011, at the age of eleven, he became the youngest Iowa State champion of the MNTA junior division piano competition and also received an honorable mention of Level E in the Iowa Music Teachers Association (IMTA) state competition. After coming to Houston in 2012, Steven became a student of Mr. John Weems. He prevailed in the Houston Forum Young Artist competitions in 2013 and 2014, and landed in the final round of the TMTA state competition in 2014. In December last year, he was selected as a finalist performer for both solo and duet in the Houston Young Artists’ Concert at Rice University. This year has witnessed more of his accomplishments. In January, he took an honorable mention in the Clear Lake Symphony junior competition. In February, he collected a 2nd place in the Texas State University 9th grade competition, and in March, he won 3rd place in the Austin Music Festival Division I competition. In April, he netted another 3rd place in the junior division of Paul Schmitt Piano Competition in Houston. Moreover, he is a winner of Music Doing Good Scholarship for 2015-2016. Aside from playing piano, Steven is also an ardent fan of basketball, chess, and swimming.

John Cao is a 9th grader at Manvel High School and studies piano with John Weems. Constant improvement and progress has brought John many awards in TMTA, the Texas State University Competition, HMTA, Music Doing Good scholarship and more. He is also currently an HYAC member, and in the last season he played a duet with his sister on Classical 91.7. John also actively participates in church, having accompanied the Adult Choir for 3 and half years, and also with 3 years of participation in the Christmas Pageant. Besides piano, John also sings and swims. He is the 1st person ever from his school to make the Texas All State Choir, one of the few freshmen every year around the state. He also takes a big interest in swimming, and is on his school’s varsity team. John hopes to help his community with the many talents he has by volunteering and teaching. It brings much joy to him seeing others benefit from his service.

Nathaniel is a passionate, enthusiastic, and energetic young man.  He started piano when he was 6 years old and now studies with Mr. John Weems in Houston. In the past a few years, He unanimously received accolades for his sparkling virtuosity; he is often invited to play piano in many local schools and communities. Last year, he participated in state competition host by TMTA (Texas Music Teachers Association) and attended MTNA's (Mustic Teachers National Association) Solo Piano Competition in September 2013. Music Doing Good nominated Nathaniel as the 1st place winner in piano competition last year and 2nd place winner in high school division this year. He has received 2 years scholarship for continuing his music studies.Although playing piano has taken most of Nathaniel's spare time, he still finds some leisure time to learn violin. His violin teacher once said, "Nathaniel is very gifted in music. No matter what instruments he plays, he can always does better than others. He has huge potential which will undoubtedly explode soon".  Now, he is the top violinist of Chamber Orchestra in Fort Settlement Middle School and has been ranked No. 4 in Regional Solo Violin Contest.

Jonathan is 16 years old and lives in Austin. Born in Canada in 1999, Jonathan started taking piano lessons at the Suzuki Music Academy when he was 6 years old and with Ruth Pignotti a year later. Now a sophomore at Westwood High School, Jonathan has studied under the tutelage of Dr. Betty Mallard for the past 4 years. He has won numerous piano competitions including first place at the 2015 Austin Piano Festival, the 2014 TMTA Performance Contest, the 2014 Baylor/Waco Piano Competition: Concerto Division, and the 2014 Texas State Young Artist Piano Competition. As a winner of the Pearl Amster Concerto Competition, he was invited to play with the Austin Civic Orchestra. When he is not practicing piano, he enjoys playing oboe and exploring math and science.