Five Things You Should Know About Emma McNairy 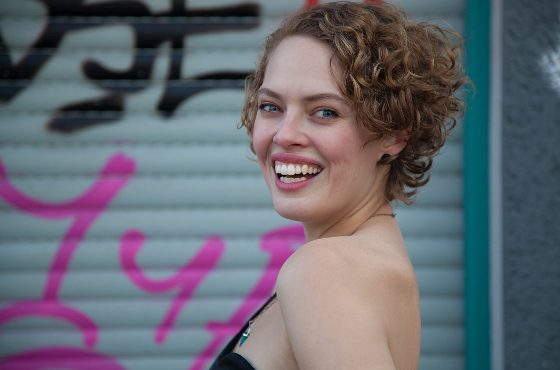 Emma McNairy is a coloratura soprano who was born and raised here in Austin. She is currently finishing up her first season with Theater Lübeck (Germany), where conductors like Wilhelm Furtwängler and Christoph von Dohnányi got their start. McNairy just signed on for her second season there. KMFA's morning host Sara Schneider (a former resident of Lübeck herself) spoke to Emma by phone recently, and discovered some interesting things.

1) She realized that opera was her calling while in elementary school here in Austin.

“I went to Bryker Woods Elementary, and my music teacher was Melody Long. I was always interested in music and singing, since I was five years old, and she recognized that. She told my Mom, 'Emma should audition for the Austin Children's Choir.' So I auditioned and I got in, and they wanted me to be in the children's chorus of Austin Lyric Opera's performance of La Bohème. I just fell in love with it, and had the most amazing time. I remember sitting onstage in Act 2 during Musetta's Waltz, and I was just thinking, 'This is so cool, and she sings so beautifully.' I would listen to the recording while driving around with my Mom doing errands. So I kind of knew when I was 8 that I wanted to do this.

I had some really wonderful mentors, like Julian Reed, Chorus Master at Austin Opera. He was my first voice teacher, and the first one to tell me that I was a coloratura.”

2) Her signature role is Lulu from Alban Berg's eponymous opera

“I first discovered this role when I was about thirteen and just starting to take voice lessons. I was such a weird kid- totally obsessed with opera. The kids at school used to call me 'Opera Girl'. So I googled roles that I could do as a thirteen-year old. And nothing came up except for 'fifteen-year-old girl' which is a character in Lulu. So read the synopsis, and I thought 'Oh my gosh, this is so amazing and really intriguing.' So I listened to some of it, and then I didn't think about it for awhile. Then when I was at conservatory in my opera class, one of my mentors, Kathryn Cathcart, played a recording of Lulu, and after class she said, 'You know Emma, you really are Lulu. You really need to sing it.' I feel like I have gone through so much of what she has. That opera pretty much saved my life. I was going through a rough time. I had one job, for an entire year, and it was Lulu. I feel like I was fated to know her.”

3) Emma sang the role of Poppea (Monteverdi) and got great reviews. She's not an early music person per se, but she'd like to be one!

“I think early music people, who just do that, are so interesting and smart, and laid back in a way that opera singers just aren't. I just love the sound of it, I love singing it. I was in Baroque Ensemble at conservatory. I didn't get into it until I was about seventeen. I actually always listened to your show [Ancient Voices] on KMFA in high school! I love the sound of early music, and even though it's not my specialty, I want to do it justice. I love singing Caccini songs. I loved singing Poppea, which I did twice, actually- in Berkeley and in Amsterdam. I love Purcell; I love Bach. When you have a contract as an opera singer over here you don't have a lot of time to do other things. But I am going to try to do some concerts soon with my girlfriend who is a theorbo player.”

4) St. Mary's Lübeck (Marienkirche) may just be her favorite church in the world.

“It's so special. Every time I go there, I am just blown away by all the history there, especially the Totentanz. I'm doing Bernstein's Mass right now, and we're setting parts of it in the Marienkirche. We have a choreographer, we're actually doing a Totentanz based on the one in the Marienkirche. I feel very connected to it.”

5) What does she miss about Austin? Breakfast tacos, of course!

“I make my own, so I don't miss them that much. I make them probably three times a week. And we have fresh jalapenos here now! I also really miss the hot weather. I know people are always trying to escape the heat, but I really love it. I love being able to walk around at night without a jacket. It's so comforting to be in that kind of weather!”

Check out this video of Emma working her magic onstage: