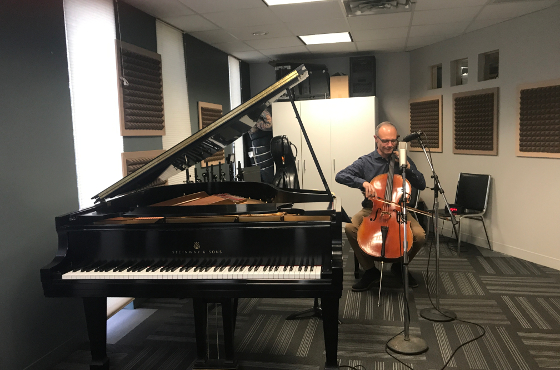 Italian-born cellist Francesco Mastromatteo is currently the Professor of Chamber Music at the Umberto Giordano Conservatory in Foggia, Italy. Mastromatteo is also a graduate of both the Meadows School of Music at Southern Methodist University and of the Butler School of Music at the University of Texas. In addition to his teaching, he’s also the artistic director of a chamber music festival in Lucera, Italy. Here in the United States, Mastromatteo serves as artistic director of both the Spring of Harmony concert series at St. Andrews Presbyterian Church in Dallas and of the Classical Music for the World series right here in Austin.

Francesco has just arrived to Austin from Italy this week for a pair of recitals in which he will perform all six of the suites for unaccompanied cello by Johann Sebastian Bach. He stopped by KMFA yesterday to talk with Chris Johnson about the music of Bach and to play some excerpts in KMFA’s Performance Studio. Recording by Jeffrey Blair.