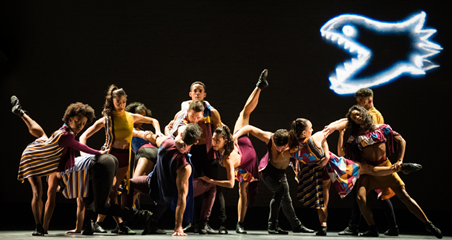 Last presented by Texas Performing Arts in 2002, the company returns to Austin as part of its 50th anniversary season.  The program celebrates generations of renowned Latinx choreographers.

18+1 (2012), choregraphed by Gustavo Ramírez Sansano, with music by Pérez Prado.

New Sleep (1987), choreographed by William Forsythe, with music by Thom Willems. A first-time collaboration between the company and this renowned choreographer in honor of its founder, Tina Ramirez.