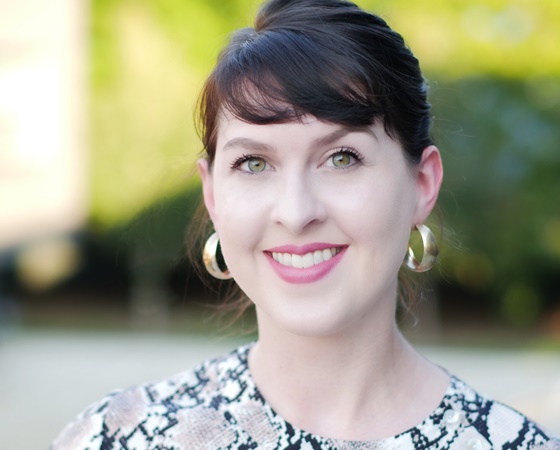 VIRGINIA ALVAREZ TO BECOME DIRECTOR OF DEVELOPMENT FOR KMFA CLASSICAL 89.5 IN OCTOBER 2022

KMFA President & General Manager Ann Hume Wilson stated, "Virginia Alvarez joined us six years ago as a rising star in the philanthropy community, and while we are sad to bid farewell to David Hammond, I am delighted to be able to advance Virginia to this key leadership role. She is respected and admired by her coworkers, the KMFA board of directors, and most importantly the wonderful patrons of KMFA with whom she has built significant and growing relationships."

With an early career working in development and communications at Communities for Recovery in Austin, Alvarez joined KMFA in 2016 as Development Manager to lead mid-level giving, stewardship, and development events, including KMFA’s 50th Anniversary benefit, Sound Bites. In 2018, she was promoted to Director of Individual Giving to support major giving efforts and KMFA’s Dear Music campaign. As a core member of the development team for the Dear Music campaign Alvarez helped lead the way to build KMFA’s new home at 41 Navasota. Holding a BA in Global Affairs from George Mason University (magna cum laude), Alvarez is a Certified Fund Raising Executive (CFRE) and a former pre-professional ballet dancer.

“With a new strategic plan in place and a transformative new home at 41 Navasota, this is such an exciting moment for KMFA,” said Alvarez. “The station’s mission is exemplified daily by incredibly talented staff, dedicated members, and loyal listeners. Having worked on the Development team since 2016, I look forward to partnering with my exceptional colleagues to expand KMFA’s vision toward new horizons.”

Pittsburgh native David Hammond will return to his hometown to serve as Director of Development for Pittsburgh Ballet Theatre. While in the role, he led a team of volunteers and professionals in raising over $22 million to support KMFA's daily mission, including the successful completion of a $10.5 million capital campaign to build the station’s new 20,000 square-foot headquarters. David joined KMFA after a decade of fundraising experience with Conspirare, Austin Opera, Pittsburgh Opera, and the Carnegie Museums of Pittsburgh. He is a Certified Fund Raising Executive (CFRE) and received his bachelor’s degree in music business from PennWest Clarion.

“It has been an honor to serve this wonderful community treasure and its listeners throughout a time of great advancement in our work throughout Central Texas,” expressed Hammond on his departure. “I am deeply grateful for KMFA’s staff, board, and supporters who believe in the power of classical music for all.”