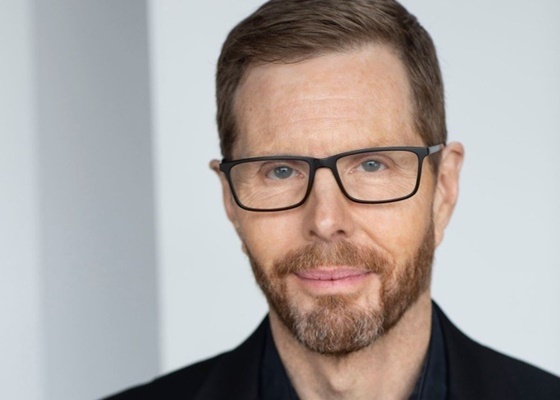 (AUSTIN, TX) – KMFA Classical (KMFA) appoints George Preston as Chief Executive Officer for the 56-year-old Austin radio station. Set to join KMFA at the end of January 2023, he will provide leadership and vision to maintain KMFA’s Core Values and achieve Strategic Plan goals. Upon moving into his new role at KMFA, Preston will be responsible for the overall strategic, operational, financial, and managerial leadership.

“George comes to us with exceptional experience leading a classical radio station,” said Soriya Estes, KMFA Board Chair. “One of KMFA’s central goals is to increase our community partnerships as a collaborator both inside and outside the Austin arts community. He has a deep understanding of the classical music landscape and possesses the qualities needed to expand and engage our listening audience size and diversity in the coming years in Austin, Central Texas, and beyond.”

With more than 30 years in radio and non-profit organizations, Preston is an experienced leader who exemplifies integrity, transparency, and collaboration, creating deep connections with community partners. In his current role since 2019 as VP of Radio and General Manager at WFMT, Chicago, he is responsible for programming, staff, and budgeting for WFMT, and has led the station’s very successful on-air fundraising programs while cultivating major donors. He also heads the WFMT Radio Network, the national syndication division of WFMT.

“The potential for growth at KMFA is unlimited,” said Preston. “The station already has an impressive legacy in one of America’s great music capitals. The gorgeous facility, including the spectacular Draylen Mason Studio, and the dynamic and talented team of staff and board, have KMFA positioned to be a national leader in Classical Radio. I can’t wait to get started!”

In 2009, Preston could be heard on-air at WFMT as the afternoon drive host and hosted and produced the internationally syndicated Lyric Opera of Chicago broadcasts. Prior to arriving at WFMT, George was a host and music director for WNYC, New York City’s primary NPR station, where he supervised the music staff and produced a wide array of live concert broadcasts, festivals, and specials.

Between stints at WFMT, he served as the General Manager of Classical KCME, Colorado Springs, where he added a full‐time jazz service. He started his career at WXCR, in Safety Harbor, Florida, a commercial classical station serving the Tampa Bay market, and was also a program host and producer, music director, and assistant program director for WBUR in Boston.

A native of West Virginia, George holds music degrees from Oberlin Conservatory, New England Conservatory, and Boston University. A former singer and actor, Preston performed operatic roles including Papageno in Mozart’s The Magic Flute and Figaro in Mozart’s The Marriage of Figaro, and Rossini’s The Barber of Seville, and in leading roles in Kiss Me Kate, The Music Man, and Show Boat.

The KMFA Board of Directors convened a search committee of five board members who collaborated with the KMFA staff, listeners, donors, and community members. The rigorous national search, led by Koya Partners, culminated in the appointment of George Preston as CEO.

KMFA 89.5 is an independent public classical radio station in Austin, TX. Established in 1967, KMFA serves approximately 120,000 listeners each week with locally curated playlists and special-interest programs such as Classical Austin, Early Music Now, and From The Butler School, as well as superb national programs such as the Metropolitan Opera broadcasts, Concierto, and Feminine Fusion.