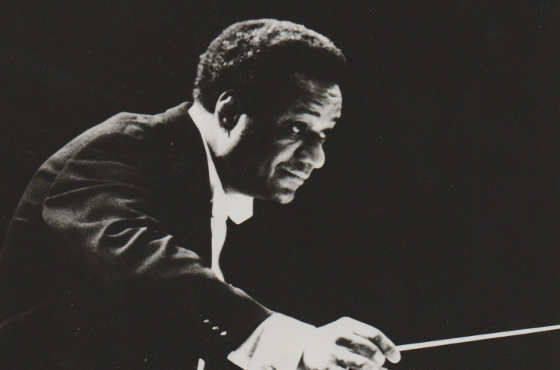 This interview was originally published on June 12, 2015 as Dean Dixon: An Exceptional and Unknown American Conductor Revisited.

Dean Dixon is one of the great, albeit forgotten, conductors of the 20th Century. After graduating from both the Julliard School (with high honors) and Columbia University in the early 1930s, he found his attempts at starting his career in America stifled by his race. Dixon's parents had migrated to Harlem from the Caribbean; he was a Black American.

Initially, in 1931, he formed his own orchestra and choral society. He also guest conducted Arturo Toscanini’s NBC Symphony Orchestra, the New York Philharmonic, and later, the orchestras of both Philadelphia and Boston. Despite these prestigious engagements, finding a more permanent position as a music director in his own country proved to be illusive. As a result, Dixon went on a self-imposed exile to Europe where he discovered that the kind of racism that had been part and parcel of his life in the United States was largely not present. He found both the respect and work that he had wanted so much back home.

Dr. Rufus Jones, Jr. is an Alumni of the University of Texas and has written the first-ever biography of Dean Dixon. He will be in Austin on Saturday, June 20, 2015 (this event has passed) to sign copies of his new book. He spoke with KMFA's Music Director Chris Johnson about this forgotten artist. Listen to their conversation by clicking the play button above.

To see archival videos of Dean Dixon conducting the Frankfurt Radio Symphony Orchestra, please click the links below. Please note: the commentary and interviews in the videos and the website are in German. Viel Glück!