Bands On The Run

This week on Film Score Focus we're celebrating the craziest week of the year in Austin, Texas. It's SXSW! That means a convergence of music and movies and technology and business and thousands upon thousands of people (and advertisers) descending upon this humble city to enjoy the creative atmostphere. To help showcase SXSW we're going to combine music and film by listening to scores from composers who were previously in or still a member of a rock band.

We're even going to be joined in studio by Matthew O'Halloran who hails from Toronto and is the founding member of the indie rock group The Corner. He's in town for SXSW to screen a film he scored called THE NEW ROMANTIC (2018) which just premiered this past week. It's his first feature-length film score and he'll be here to tell us what it was like to cross over from indie-rock band member to film composer. 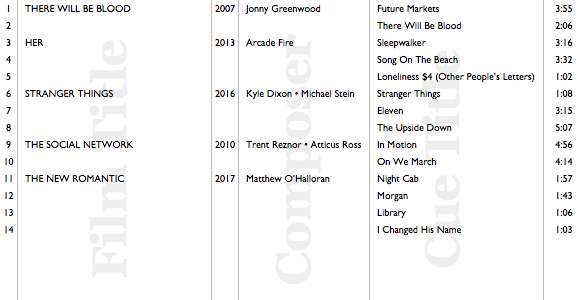