This week on Film Score Focus we're taking a listen to four different interpretations of the classic English novel JANE EYRE by Charlotte Brontë. It's a beloved story told several times by the power of cinema each sporting a unique music approach to tell its story. The films and their respective scores will span decades revealing cues about the artists and generation of which they belong. This is the power of cinema and film music at its finest: one story, four films, five composers.

Here's the lineup for FSF-649 "Four Suitors for Jane Eyre" 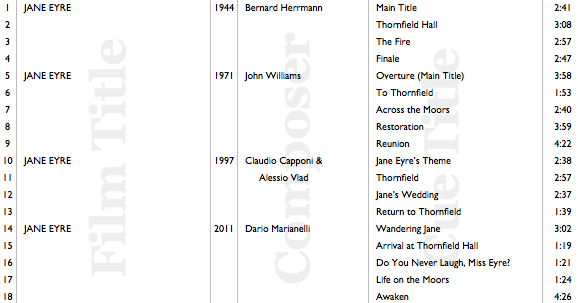