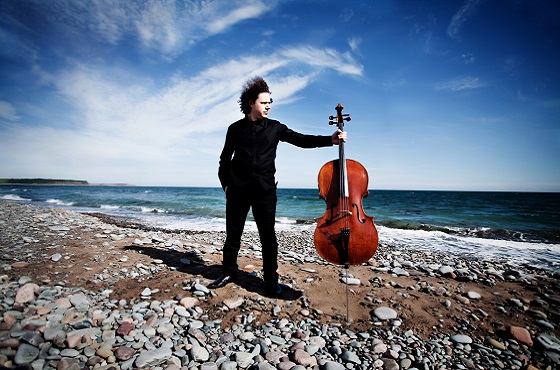 Please press the play button above to hear the recorded interview, which was broadcast on Friday, November 4, 2016.

Cellist Matt Haimovitz has had a long relationship with the music of Johann Sebastian Bach. Born in Israel, he grew up in Palo Alto California before heading to New York to study with the late Leonard Rose at Juilliard. Starting in the mid 1980s the then-young prodigy began soloing with leading orchestras around the world and recording the standard literature for the venerable Deutsch Grammophon record label. Haimovitz eventually would study at Harvard College as well and, about the time he graduated from there in the mid 1990s, his contract with DG was terminated and he quickly became frustrated with the traditional career path of a modern classical musician.

At that point he famously set out on the road for what was dubbed as his “Bach in Bars” tour, performing solo cello suites of J.S. Bach in night clubs, restaurants, and other highly nontraditional venues in cities and towns across the United States. Haimovitz has since recorded the complete unaccompanied suites for cello two times, once on a modern instrument and once on a baroque cello.

He’s also  commissioned a handful of composers closer to him to write what he calls “overtures” to the individual suites. His recording of those new overtures, paired with an excerpt of the original suites they are meant to proceed have just been released by Netherlands-based record label Pentatone. In this interview, Matt Haimovitz joins Music Director & Host Chris Johnson to chat about this newest project.