Indie-Alt-New-Post-Classical: A Walkthrough of Peculiar Terminologies 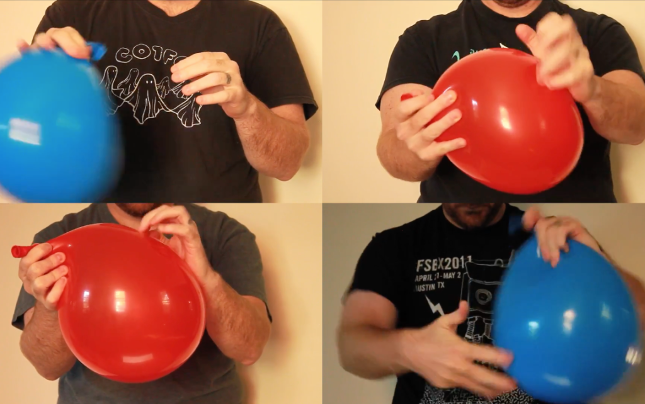 When it comes to the music of Austin-based composers like Graham Reynolds and the chamber ensemble invoke, or New York-based Judd Greenstein, more than a few terms have been tossed around by critics: indie classical, post-genre, alt-classical, post-classical, and neoclassical. And wouldn’t you know it? All of these terms (including new music) are extremely variable or even flat-out incorrect depending on who you talk to!

Publications like Pitchfork and New York Magazine have tried different labels for today’s music with varying definitions over the years. That’s partially because new music could sound like anything from a syncopated, cheery chamber piece to a roomful of balloons.

To shed some light on this confusing topic, I’ve compiled a short list of definitions for the genre titles created by critics and composers to label our current musical period. The following definitions for these terms are how I’ve come to understand them, but I encourage you to make your own informed opinion and prove me wrong!

Indie Classical – This term was coined by either Judd Greenstein or fellow composer Matt McBane sometime in 2007. Indie classical was originally defined as simply classical-ish music made and presented independently of traditional classical institutions, emphasizing a do-it-yourself mentality. The term was popularized by the New York-based record label New Amsterdam Records as early as 2008, when it began marketing itself as the premiere destination for indie classical music. The most important aspect of indie classical was that it described how the music was made rather than how it sounded, leaving room for composers to write whatever they pleased without being pigeonholed. 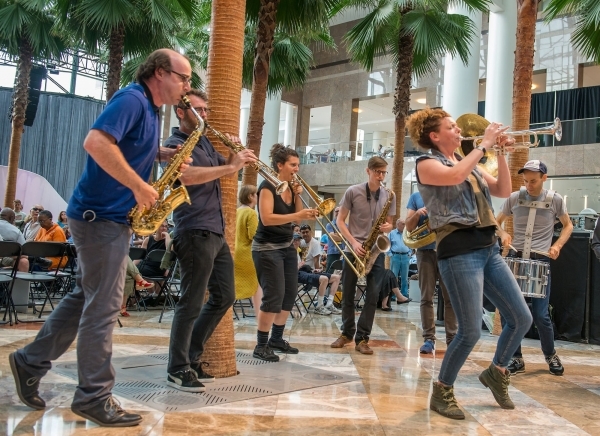 Bang on a Can's Asphalt Orchestra. Berger, Stephanie. brooklynmuseum.org. Accessed May 20, 2017.
The New Amsterdam scene grew out the ideologies of the Bang on a Can organization, which also trumpeted non-traditional explorations of classical musical sounds.

Unfortunately, when mainstream media outlets started reporting on indie classical, they began to pin the genre to a certain type of sound. In 2012, Pitchfork released an article likening indie classical with the indie rock genre, spawning the now-infamous quote, “Lately, it’s become hard to even tell an indie rock musician and a composer apart.” This declaration of an indie classical sound gave the genre musical baggage that led to the term being largely abandoned by composers and New Amsterdam Records alike.

Post-Genre – Post-genre music is so vast in its sonic influences that it does not adhere to any one genre. With its concentration on musical plurality, post-genre definitely hits closer to the kind of music that composers of indie classical were trying to capture. This concept of post-genre is what New Amsterdam Records’ current mission statement focuses around, coinciding with its longstanding tradition of supporting “music without walls.” You’ll find that the website biographies of New Amsterdam composers like Max Richter, Caroline Shaw, and Anne Meredith all use post-genre phrases like “defies definition,” “defies categorization,” and “genre defying.”

Alt-Classical – Coined by music critic Greg Sandow in 1997, alt-classical has been defined differently over the years, but it can generally be summed up as classically-informed music that’s alternative to the aesthetics of classical traditions enough that it draws in non-classical audiences. 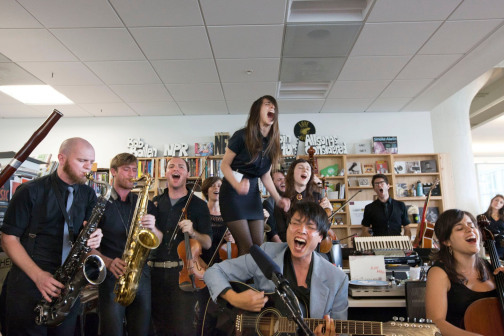 If you live in Austin, you may have heard the term alt-classical around town. One Ounce Opera describes its work as being at the forefront of “the alt-classical revolution.” The Austin Chronicle has also used the term occasionally throughout the years, but with decreasing frequency. This exemplifies one of downsides of the term: it’s a little dated. Noted music publicist Steven Swartz and KMFA’s Rideshare host Chris Johnson both agree that alt-classical sounds a bit too ‘90s.

New Music – There are two definitions of new music commonly used in the United States. Both are derived from an original definition written by music critic John Rockwell in 1989. Rockwell described new music as any music regardless of genre that was currently being made, placing composers like Philip Glass and Guns N’ Roses in the same category. Today, new music is split between what musicologist Will Robin calls prescriptive and descriptive definitions.

The prescriptive definition of new music essentially describes contemporary classical music that is just a little too traditional. A couple of examples could be works by Eric Whitacre or John Adams when compared to music like Missy Mazzoli’s,[i] which was hailed by the New York Times as “inventive” and “surprising.”

The descriptive definition of new music is currently more in vogue than the prescriptive. Similar to how we’ve already described alt-classical, descriptive new music is newly composed music that is closely related to the classical traditions of composers and performers, including the notation of music and its general presentation. There’s a lot of leeway in this definition to include a variety of music and practices. You could say that anybody who notates music and plays in an ensemble is part of this genre. 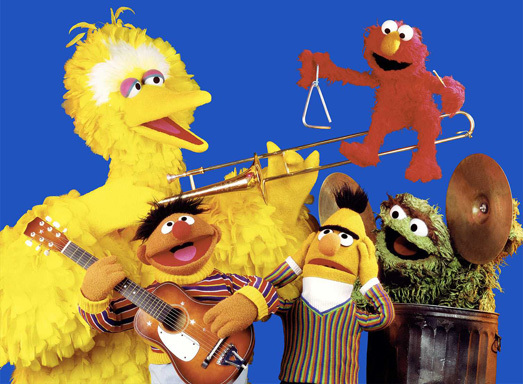 Post-Classical/Neoclassical – Of all the terms I've mentioned, post-classical and neoclassical seem to be the weakest. With neoclassical, there’s the often unrecognized problem of it already being a term in academia. The neoclassical period took place between World War I and World War II, with one of its most famous composers being Igor Stravinsky. It was a period in which composers were returning to the conventional forms of the classical and baroque eras, rejecting modernist developments in the process. It’s basically the antithesis of what everybody today thinks it means. Websites like The Guardian and even NPR have used the term neoclassical to describe the alt/indie/new music we've discussed thus far in reference to contemporary composers like Nico Muhly and Ólafur Arnalds. 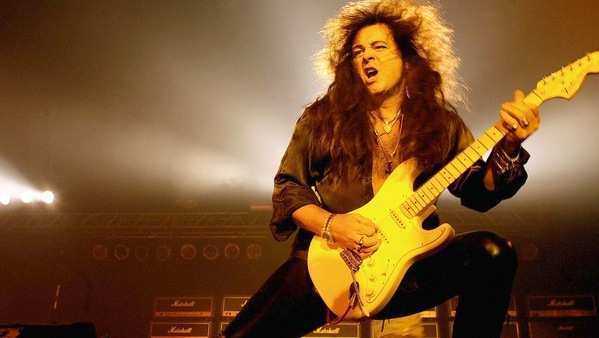 I’m sure when all is said and done one hundred years from now we’ll have the perfect term to describe our current musical period, but for the time being it seems like we’re at an impasse. I’m partial to new music as the champion of this list, but again, none of these terms succeed at being all-encompassing.

That’s alright though, because even without a catchy name what’s become clear to me through my research on defining today’s new classical music is this: classically trained musicians are taking the hard mechanics of what they’ve learned and making music that doesn’t have to adhere to eons of tradition. That’s a great thing, no matter what you call it. 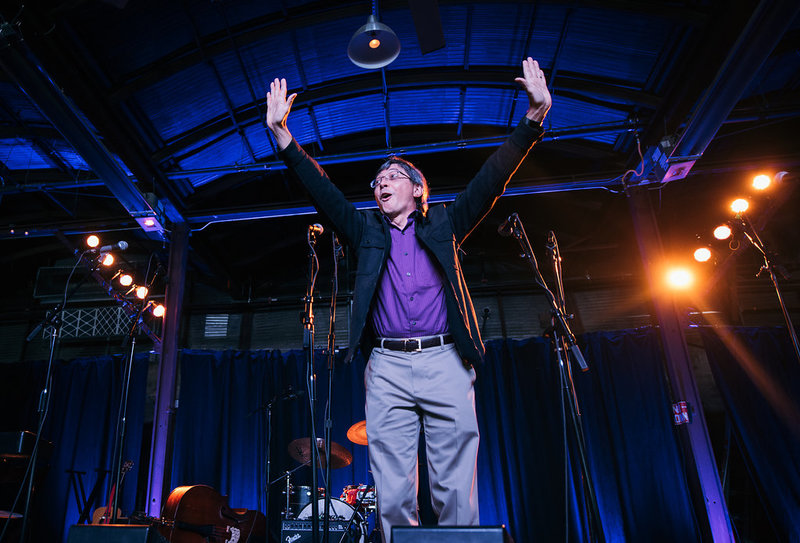 If you feel like going in headfirst into these topics yourself, I’d highly recommend reading Will Robin’s 2016 dissertation on the rise and fall of the term and genre of indie classical. You should also read David Metzer’s piece in “Transformations in Musical Modernism” if you can hunt down a copy. Finally, there are many, many, many pieces written for NewMusicBox that have addressed everything discussed in this article.

[i] It was this form of new music that indie classical musicians were attempting to reject, which ultimately led to the formation of their communities, including New Amsterdam Records. New music being an heir of conservative classical traditions was so agreed upon by the New Amsterdam scene that it inspired the title of the 2007 documentary “The End of New Music,” in which indie classical stars like David T. Little and Missy Mazzoli tour across America as crusaders of their non-traditional music.

[ii] Even though post-classical and neo-classical were the two least occurring terms I came across during my research, they’re certainly not used infrequently. Music websites like Last FM and Soundcloud feature a healthy amount of user-uploaded music tagged as neo- and post-classical.