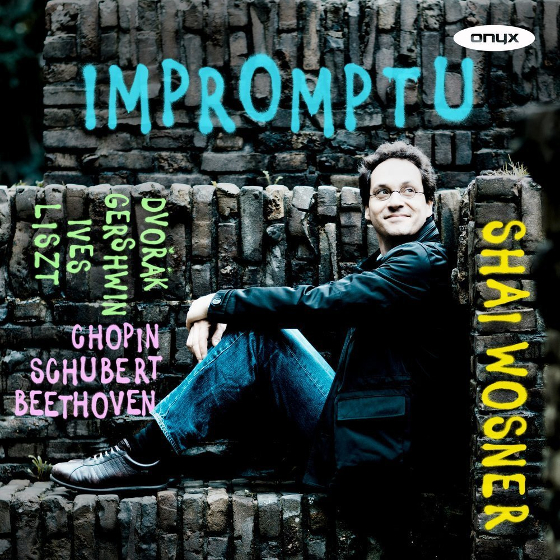 Shai Wosner is the Israeli-born pianist who has become known around the world for his exceptional artistry, musical integrity, and insightful performances. After studying in Tel Aviv, he moved to New York at the age of twenty-one to work with Emanuel Ax and has since made his way around the world, appearing with many orchestras including those in Chicago, New York, Los Angeles, Philadelphia, San Francisco, Houston, Berlin, and Vienna. His most recent album uses Franz Schubert’s second set of Impromptus and three similar works by Frédéric Chopin as the basis for an imaginative program in which he stitches together a group of seemingly unconnected pieces by Ludwig van Beethoven, George Gershwin, and Charles Ives.