Somewhere Under a Golf Course: The Destruction of MGM’s Musical Legacy 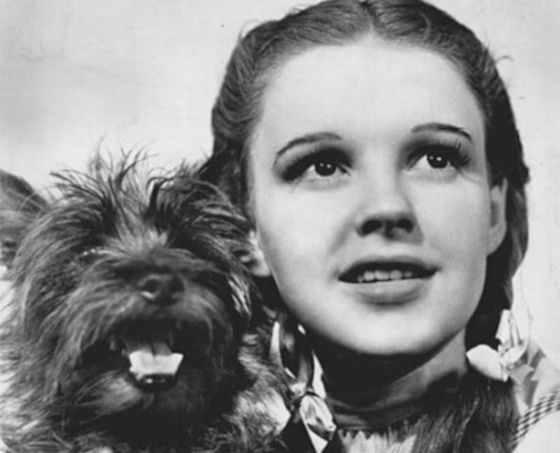 This is the story of when one man’s treasure became another man’s trash.

Long before superhero movies were a twinkle in a movie producer’s eye, the musicals produced by Metro-Goldwyn-Mayer were the blockbusters of their day. With the help of legendary movie producer Arthur Freed and his fabled "Freed Unit," MGM pioneered the genre with landmark hits including The Wizard of Oz, Singin’ in the Rain, An American in Paris, Meet Me in St. Louis, and much more.

The music of these MGM films—made possible by an untold number of composers, orchestrators, lyricists, arrangers, and copyists—changed the course of western culture in the 20th century.

And yet, the handwritten manuscript of “Somewhere Over the Rainbow” now resides somewhere under a golf course.

Differentiating themselves from Broadway, movie musicals in the “Golden Age” of Hollywood strove to produce songs that would combine the lighthearted appeal of show tunes with the commercial potential of mainstream hits. The songs produced by MGM’s films were knockouts in this regard; they were the perfect mixture of orchestral sophistication and Tin-Pan-Alley pop.

This was thanks to MGM’s head orchestrator Conrad Salinger. By utilizing a smaller-scale orchestra, emphasizing texture, and being slightly idiosyncratic, Salinger created the movie musical sound, and is considered by the likes of John Williams to be the “architect” of the MGM style.

With its massive output of pictures from 1929–1969, MGM amassed an enormous collection of music. This included more than just film scores; the high ceilings of MGM’s music library were filled to the brim with shelves of commercial music, music reference literature, cue sheets, and piano reductions. By the late 1940’s, the library had over 3,400,000 items in it, making it one of the largest music libraries in the country—second only to the Library of Congress.

The person responsible for developing this gargantuan collection was a cigar-chomping music sleuth named George Garrison Schneider, who founded the library in 1928. Schneider did everything from organizing collections to securing musical copyrights. He even rediscovered a 1859 copy of Schumann’s Szenen aus Goethes Faust at the Smithsonian while doing musicological research for Song of Love (1947). Herbert Stothart Jr., son of the composer for The Wizard of Oz, recalled Schneider as “a brilliant scholar, with a photographic memory and an encyclopedic knowledge of music.” 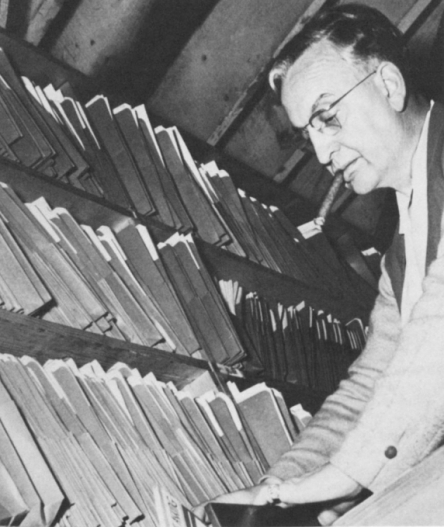 Schneider spent his twilight years curating one of the greatest archives in the history of cinema. When he retired in 1956, he sold the vast majority of his personal music collection to the studio, further contributing to the library’s historical value.

Thankfully, Schneider didn’t live to see what became of his life’s work.

In 1969, after years of mismanagement and a reported net loss of $35 million, MGM underwent a hostile corporate shakeup. While shifting leadership had become a regular occurrence in the years previous, this reorganization landed the millionaire investor Kirk Kerkorian at the head of MGM.

Kerkorian immediately brought on a hatchet man to clean house: the infamous James T. Aubrey, also known as “The Smiling Cobra.” Formerly the head of television production at CBS, Aubrey was hired as the President of MGM and soon went to work destroying everything that MGM had built in the last 40 years, including its music. 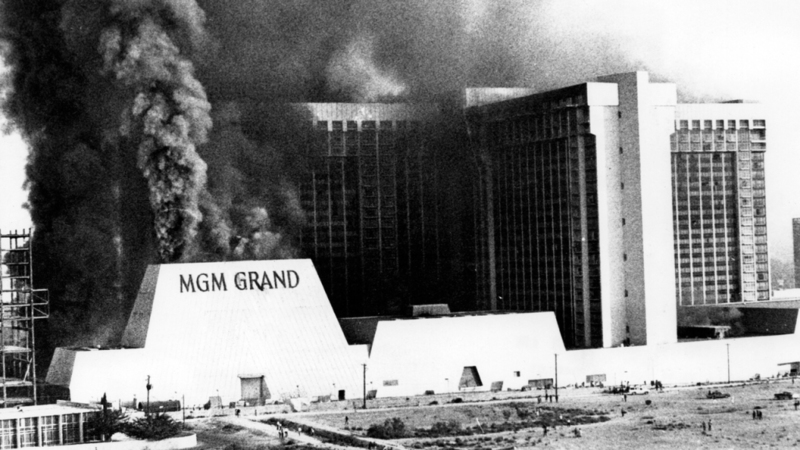 One of Kirk Kerkorian’s primary goals of refinancing MGM was to build up enough funds to construct the original MGM Grand Casino, which he finally did in 1973. The casino burned down in 1980.
Photo credit: Las Vegas Now

Aubrey believed the studio’s music library to be a waste of valuable real estate and ordered the destruction of every note written by MGM in the last forty years of movie making. Literal tons of sheet music were thrown into a landfill which today stands as the Mountaingate Country Club in Los Angeles, California.

And Aubrey didn’t stop with just music. On May 3, 1970, MGM’s vast collection of props, costumes, and sets was sold in a now notorious auction in Los Angeles, California. Dorothy’s ruby slippers, one of the most iconic costume pieces in cinematic history, were auctioned off for a measly $15,000. 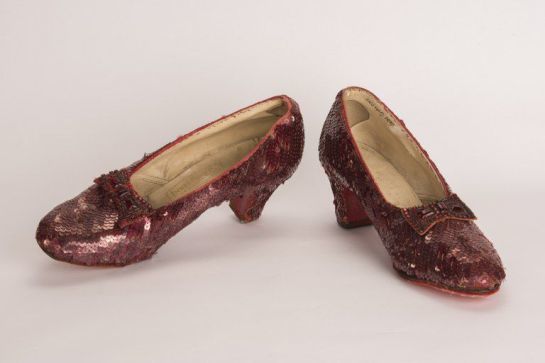 Unbeknownst to bidders at the MGM auction, the pair of ruby slippers sold was actually one of, potentially, five. A number of pairs were stolen by noted memorabilia thief Kent Warner, as well as others. Photo credit: International Business Times

But not all was lost. Before the destruction of the music library, the studio instructed that there be one piece of music preserved from each of their movies (presumably for copyright reasons). Luckily, many of the pieces selected were piano reduction scores. However, these short scores lack the orchestral and dynamic detail of full scores. Additionally, many of them were incomplete; the short score for The Wizard of Oz is missing roughly 45 minutes of music, for example.

Thankfully, what little is left of this music is just enough to recreate it, at least partially. English conductor John Wilson has famously dedicated a great deal of his career to faithfully recreating MGM’s classic music, as heard in his series of BBC Proms performances and his 2011 album That’s Entertainment: A Celebration of the MGM Film Musical. After borrowing the remaining MGM short scores from USC’s film archive, Wilson listened to recordings of the music and re-orchestrated the compositions in the house-style of classic MGM, all by ear.

If there’s any silver lining to this story, it’s that MGM’s musical demise became so notorious that it’s now one of the greatest examples of the need for film history preservation. This call to action has been answered by institutions and organizations such as USC, UCLA, the Great American Songbook Foundation, the National Film Preservation Foundation, and the Film Music Society.

It is worth noting, however, that old-school Hollywood wasn’t exactly antagonistic about film preservation—it was just totally ignorant of it. Many simply saw films as a part of business, not art. Even film executive Roger Mayer, who later started the National Film Preservation Foundation, admitted that “at the time, none of us could have imagined that people would be making so much noise about all of this [MGM music] being lost.”

Seventeen years after destroying MGM’s music library, James Aubrey defended his actions in a Los Angeles Times interview, reasoning that sentimentality was getting in the way of dollars. “Nostalgia runs strong out here [in Hollywood],” he said.

“The buck had to stop somewhere, and it was with me.” 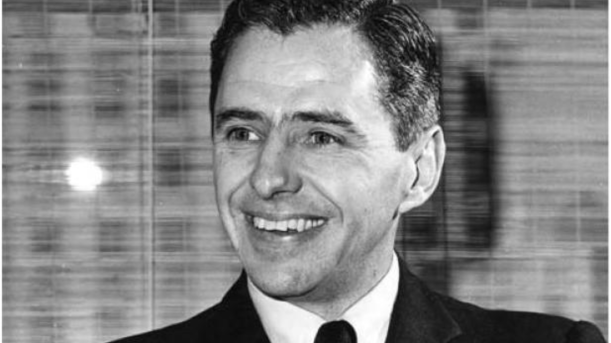 On October 27, the Austin Symphony performed alongside a showing of The Wizard of Oz at The Long Center. The show was produced by the Emmy Award-winning John Goberman, and utilized the orchestrations recreated by John Wilson.