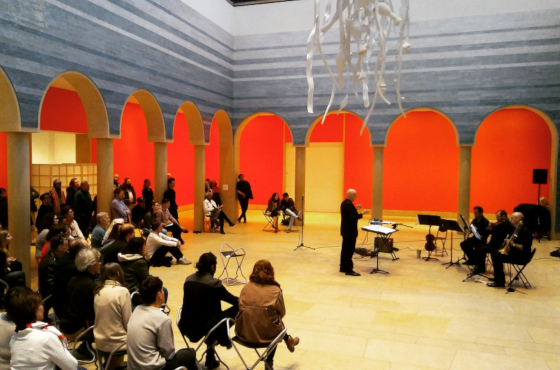 In the classical music community, now more than ever, it’s important to know the right weirdos.

The Austin-based composer Nathan Felix is making it easier with his fourth annual installment of the Keep Composers Weird residency program. During the course of the 5-6 day visit, Felix will host up-and-coming composers from outside Austin to record, perform, and network with local talent. This will culminate in a premiere performance of works on January 19 at the Blanton Museum of Art.

Nathan Felix is an award-winning Mexican-American musician raised in Austin, Texas. His music has been performed around the world, both as a composer and as a member of the classical/pop group The Noise Revival Orchestra.

Keep Composers Weird was borne out of Felix’s experiences in a 2013 residency in Bulgaria called the Levon Manukyan Collegium Musicum Summer Program for Emerging Composers. During the residency, Felix discovered that the most enjoyable and beneficial part of his exploration abroad was the time he spent building relationships with his fellow composers and musicians.

“I think my musical career really started to expand when I started leaving Austin,” recalls Felix. “And I saw the value for me—I’m out of my comfort zone traveling around sharing music with like-minded people. [And I thought], how can I bring that to Austin?”

This year, Keep Composers Weird is hosting composers Mark FT Gurrola and Daniel Fawcett, who are premiering brand new pieces for the program. Also participating is harpist and multi-instrumentalist-songwriter Pamela Martinez, who will be presenting her own previously-written works in addition to playing in the ensemble at the Blanton performance.

Mark FT Gurrola hails from West Texas. A composer, multi-instrumentalist, and frequent collaborator, he draws inspiration for his compositions from everyday life and other artistic mediums, including literature, poetry, food, and cats. He has been a participant in programs such as the Space City New Music Festival, Breath Mark Retreat, and the Fusion Film Scoring Workshop.

Daniel Fawcett is a Chilean composer, sound artist, and instrument builder based in the United States. His works have been performed at festivals throughout the country, and have been profiled by New Music USA. His music commonly explores the dynamics between performers and technology in conceptual settings.

Pamela Martinez, also known by her artist moniker “Teletextiles,” is a music educator, songwriter, and multi-instrumentalist from Brooklyn, NY. Her work as Teletextiles is a classical and pop melange, making use of poetic lyrics and brilliant composition. Her music has been featured by BuzzFeed, The Atlantic, Netflix and more.

Keep Composers Weird is bringing these artists together in an effort to diversify and expand Austin’s compositional circles. While Felix is “super proud” of the growth in Austin’s booming new music scene, he also recogonizes that “there’s now a need for expansion outside of just musicians and ensembles.”

Visiting composers will be lecturing and networking in Austin in the days leading up to the performance. In addition to a public lecture at Genuine Joe Coffee House on January 14, Felix and the other composers will be speaking at local public schools in an effort to give back to the community. 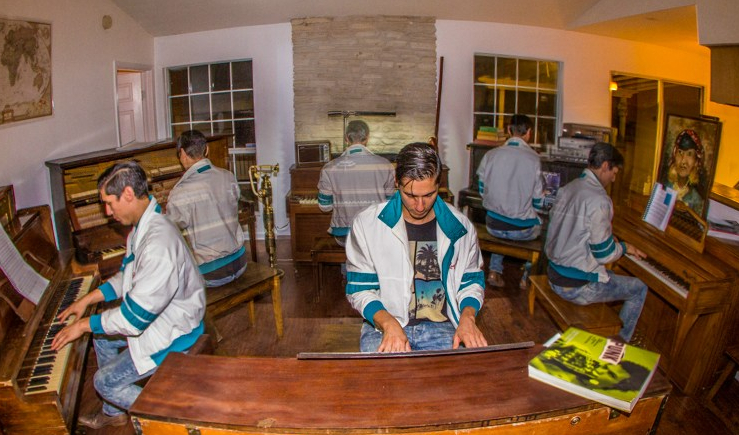 “I’m trying to show [students] that, more than just here in Austin, there’s a community out there in contemporary composition—to show the scope of it,” says Felix.

“These people are coming from far away or even close to home and they’re doing cool things and some of them are making a living out of it. I think it’s important to try to show them that at a young age.”

Another integral part of Keep Composers Weird is having the artists record their new compositions here in Austin. This was also inspired by Felix’s past experiences in residencies, where he found that his fellow composers didn’t always have the resources to make professionally recorded samples of their music. Keep Composers Weird will be working with producer/engineer Erik Wofford at Cacophony Recorders, a studio that prides itself on providing a homey yet technically proficient space for recording artists. 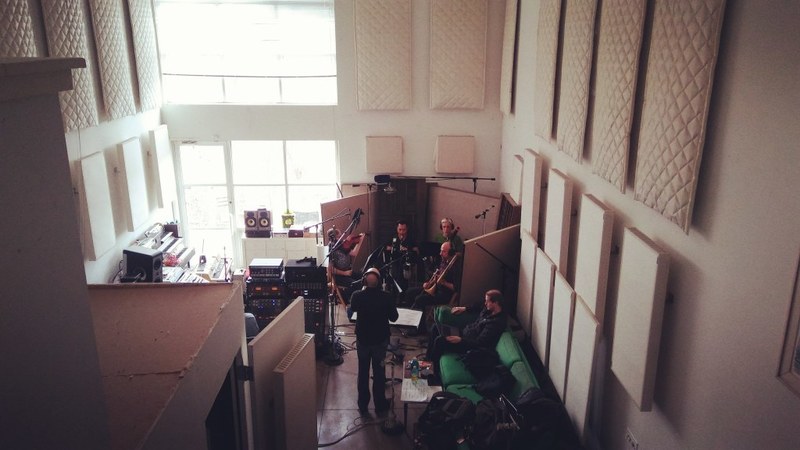 The musicians that will be recording and performing the composers’ music are members of a pick-up ensemble comprised of local artists. Award-winning vocalist, arranger, multi-instrumentalist, and composer Brent Baldwin, artistic director of Panoramic Voices, will conduct the group.

“I know what [networking] can do for a community, because one trip will turn into a second, and then a whole ensemble will come over,” he says. “That’s the way the band scene works…and I [think] that same culture [can] be in classical music.”

As successful as the program is here in Austin, Felix hopes that he might one day expand Keep Composers Weird to encompass a multi-stop tour throughout Texas’ major cities, cross-pollinating the classical communities of places such as San Antonio, Dallas, Houston, and more.

“My brother—who has nothing to do with music—lives in Houston, and I think, ‘Okay, how can I use your house?!’”