Watch Now- At Home with a Herd of Harpsichords 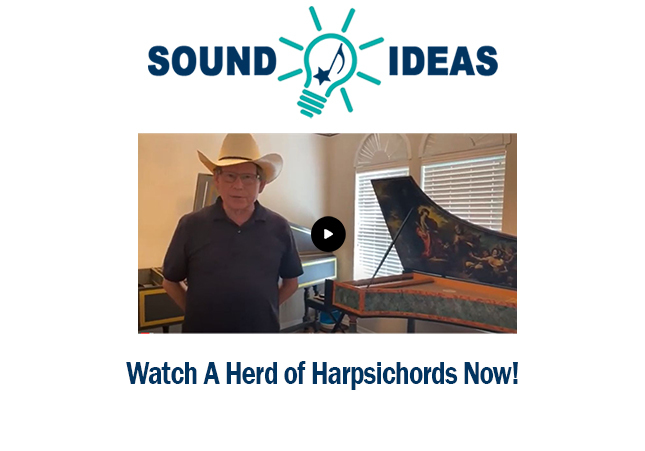 Keith Womer, director of La Follia Austin Baroque, invites you to explore three of the harpsichords used in La Follia’s popular “Herd of Harpsichords” concerts, currently corralled at his home in Round Rock. Learn what makes a harpsichord different than a piano, what makes Italian, French, and Franco-Flemish harpsichords different from one another, and what gives all harpsichords their special, magical sound.

Harpsichordist and organist Keith Womer joined La Follia Austin Baroque in 1994 and has served as its director since 2004. In addition to his work with La Follia, Keith has performed with Texas Early Music Project, Chorus Austin, Conspirare, and the Victoria Symphony, appeared as soloist with the Chautauqua Symphony, and was a featured artist on the Houston Harpsichord Society concert series. He garnered the Austin Critics’ Table award for Best Classical Instrumentalist in the 2015-16 concert season, was named “Artist of the Year” by Keyboard Arts, Inc., and twice won the National Federation of Music Clubs award. Keith studied organ with Raymond Ocock of Westminster College, harpsichord with Will Volcker in Houston, and is currently organist at University Presbyterian Church in Austin.

Update Required To play the media you will need to either update your browser to a recent version or update your Flash plugin.