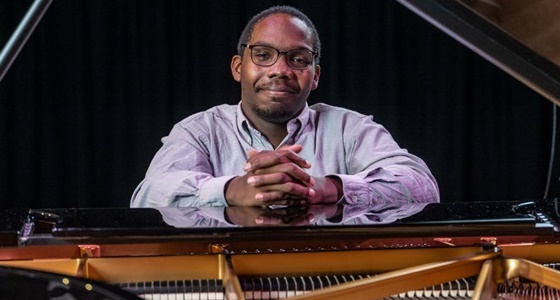 While our annual round-up of the best news, arrivals, and performances in the Austin classical community has been temporarily interrupted the past couple of years during the pandemic – we’re thrilled to bring back the tradition by looking at highlights from this past year in Austin – in no particular order. 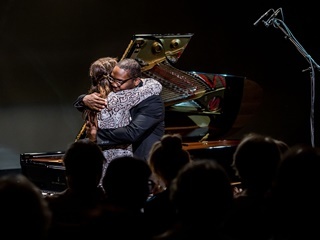 len Mason Composer-in-Residence program this year with Dallas-based, rising composer Quinn Mason, who created three new works for radio commissioned and recorded by KMFA. The program was created in response to a national call for greater diversity in classical music and to honor the spirit of its namesake, Draylen Mason. Created for solo piano, the first work titled “22” - to commemorate

Draylen’s 22nd birthday - premiered in May at a performance by brilliant pianist, Lara Downes. The University of Texas Wind Chamber Ensemble led by Jerry Junkin brought Mason’s second piece “The Sky Searching Within Itself” to life in early October. Work number three, “The Gift of Peace,” premiered later that month, performed by the adventurous Austin vocal ensemble Inversion. The works were recorded in the Draylen Mason Music Studio for national radio distribution in the coming year. View a short video about the program here. 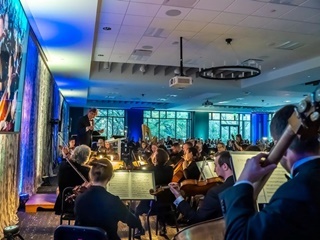 The Austin Symphony Orchestra paid tribute to Maestro Peter Bay at a special anniversary event to commemorate his 25th year as Music Director and Conductor. Guests were treated to a different view of Bay at work as the standard conductor-orchestra orientation was reversed for the evening – making Peter the star of the show. The evening unveiled the ASO’s new Peter Bay Artistic Fund to launch a chamber music series among other exciting initiatives. KMFA celebrated this momentous occasion with a special broadcast hosted by Dianne Donovan and Robert Faires showcasing highlights from Peter’s 25 years with ASO. Listen to the show by clicking on the “Listen” button here. 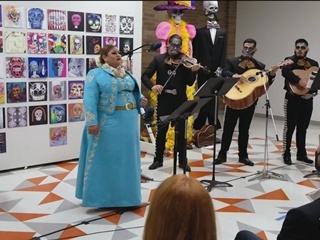 The transformative leadership of Annie Burridge is reshaping the opera experience and growing its audience, presenting the art form in innovative ways all over the city. Thanks to a $3 Million gift from Sarah and Ernest Butler (the largest in the company's history), and the appointment of Claudia Chapa as Austin Opera's inaugural Curator of Hispanic and Latinx Programming, Austinites will be enjoying more Spanish-language opera, in venues as intimate as the Mexican Consulate and as expansive as Waterloo Park. Designed to reflect the community of Austin, the Butler Fund initiative should attract the opera connoisseur and the opera curious alike. 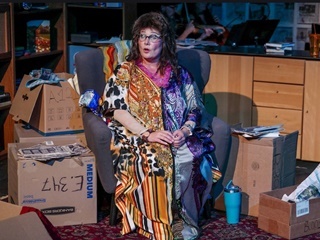 When the brilliantly creative LOLA (Local Opera Local Audiences) first showcased a portion of Lardo Weeping in early 2019, audiences knew something wonderful was on its way. Unfortunately, the pandemic intervened, and the operatic retelling of Terry Galloway's play, with music by Peter Stopchinski, staging by Rebecca Herman, and Liz Cass starring the title role, had to wait another three years for Lardo to be fully fleshed out, so to speak. It was certainly worth the wait. The complete premiere received audience raves and multiple nominations from B. Iden Payne Theatre Awards Council. We hope this tremendous tour de force will make another appearance soon. You can get access to an online video of the premiere by becoming a LOLA Member for only $15.00 here.

Photo of Liz Cass as the beyond-eccentric Dinah LeFarge by Kirk R. Tuck 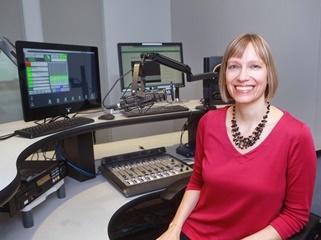 Host and producer Sara Schneider began producing the program as Ancient Voices in May of 2002. The name changed to Early Music Now when it got syndicated in 2018. The weekly program showcases music from the Middle Ages, Renaissance, and early Baroque. From the latest recordings by today’s vibrant young ensembles, to classics from the dawn of the early music revival, Early Music Now makes this repertoire accessible and enjoyable to a wide audience. The show is now heard on 130 stations across the country, and it all started right here at KMFA. 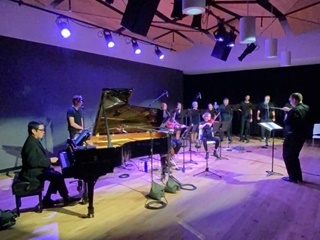 The new Draylen Mason Studio was designed with Austin's classical creatives in mind, and KMFA's new Offbeat series, launched in 2022, is designed to showcase some of the exciting new work being created by local composers and performers. The inaugural season included Density512's provocative The Pandemic Is A Portal (in collaboration with the music group Less than 10), a world premiere symphony by Nathan Felix, and the always exhilarating quartet Invoke sharing work they created during the COVID lockdown. Stay tuned for news of the 2023 series, coming soon! Hear "Isolation," an excerpt from The Pandemic is a Portal performance here. Find the recently released album Santa-Almada by Nathan Felix here.

Photo of the performance of Santa-Almada by Nathan Felix

7. Tenebrae's A Hymn of Heavenly Beauty 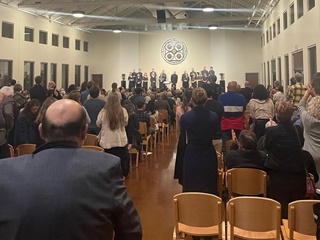 Britain's acclaimed vocal ensemble Tenebrae is arguably the world's best, so it was a rare treat to hear them play to a sold-out house at Redeemer Presbyterian Church, where they brought the house down with their superb musicianship and passion for sound. The program celebrated some of the finest choral works from the Renaissance through to the present day, ranging from the haunting Allegri Miserere mei, Deus, to Whitacre’s resplendent I Thank You God. Closing with Harris’ spectacular Faire is the Heaven, this concert was a true homage to choral greats past and present.

Photo of Tenebrae performance in Austin 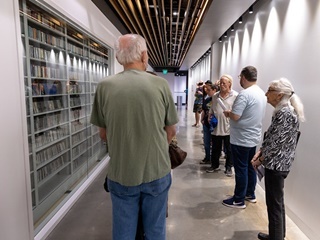 Yes, we are blowing our own horn here, but we are so excited about our incredible new home in East Austin. While we were only able to give listeners a sneak peek of the space through video during the shutdown, this year we were finally able to open the space to welcome visitors in person. KMFA Day gave guests the opportunity to tour the studios and experience the versatility of the space with performances throughout building, including the Draylen Mason Music Studio. In addition to family-friendly activities and tabling by Austin arts partners, highlights included free concerts from Line Upon Line, Convergence, Austin Saxophone Ensemble, Convergence, Austin Camerata, and the world premiere of a new work by Donald Grantham (not to mention mezzo-soprano Liz Cass and Carla McElhaney's encore operatic take on ABBA’s “Dancing Queen!).

Photo of KMFA Day guests getting a tour of the building 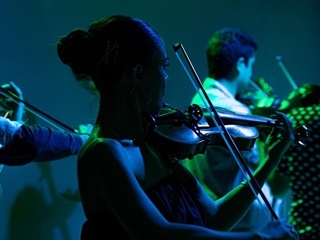 There's a new band in town, or a new orchestra to be more precise, and the twist is there's no conductor. Unconducted is a cooperative, musician-led orchestra with a mission to feature unheard voices as well as bring new contexts to old masterworks. The group held its first two sold out concerts in the intimate Draylen Mason Music Studio, unveiling an engaging format of collaboration with community curators (Coka Trevino and Khristián Méndez Aguirre), to pay-what-you-are-able admissions policy, and a friendly meet-and-greet following each concert. Describing themselves as "a group of friends seeking to reimagine how classical music is presented," Unconducted's accessible programming, community-centric focus and impeccable playing may do just that. 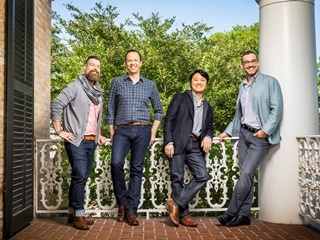 KMFA has been a longtime supporter of the Health Alliance for Austin Musicians (HAAM). The organization provides access to affordable healthcare for greater Austin’s working musicians who often struggle to find insurance as independent contractors. Its main event is a citywide fundraiser showcasing Austin's live music performers at countless venues throughout greater Austin. The recent appointment of Miró Quartet cellist Joshua Gindele to HAAM’s board of directors led to a vision of KMFA hosting the first ever HAAM Day classical music showcase in the new Draylen Mason Music Studio. His dream was realized this year through the efforts of HAAM and KMFA working together to produce a wonderful evening of music featuring Miró Quartet, jazz artists Lex Land & Kevin Lovejoy, and pianist Anton Nel. Thanks are due to Joshua for reminding us all that the "Live Music Capital of the World" includes a wealth of great classical talent.