A Beautiful Legacy for Classical Music

Marie Anne Osborne was part of an Austin family who played a pivotal role in the early years of KMFA 89.5. In 2013, KMFA recieved a generous gift from her estate after her passing. The following is written by her son, Hoyle M. Osborne Jr., and tells a little bit of that history. We extend deepest thanks to him for sharing this story with our listeners and members. 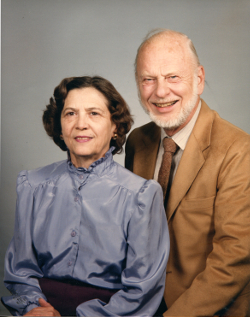 Hoyle M. Osborne (1926-1997) and Marie Anne Osborne (1926-2013) were both closely involved in the early history of classical music radio in Austin. KMFA received a bequest from Mrs. Osborne’s estate which the station will be using to fund several projects, including the Osborne Fund for Education.

Hoyle Osborne was born in El Dorado, Arkansas, grew up near Three Rivers, Texas, and finished high school in San Antonio. Marie Anne Osborne was born in Waco, grew up in Texarkana, and graduated high school in Shreveport, Louisiana. They both attended the University of Texas during World War II. Marie Anne studied sociology, graduating in 1946. Hoyle completed his degree in chemical engineering in 1947, after having served in the U.S. Navy. They married in 1947 and their son, Hoyle, Jr., was born in 1948.

Hoyle was an accomplished trombonist, playing in local dance bands during his college years. He chose, however, to make a career in public service, eventually becoming Planning Director of the City of Austin. His musical interests led him to make a serious avocation of the exciting new field of high fidelity sound reproduction, and so he became a colleague and close friend of Dale Jones, co-founder of Austin’s original classical music radio station, KHFI. Hoyle produced audiophile broadcasts for KHFI, culminating in Austin’s first stereo broadcasts sometime around 1958, with one channel going out on KHFI and the other channel on its sister station, KAZZ. 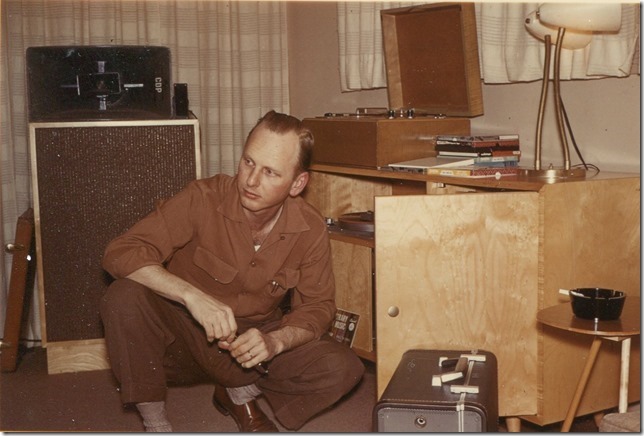 Hoyle was very involved with the founding of KMFA. He helped with both fund-raising and technical set-up of the original station, and he served on the board as its first chairman. Hoyle was active with a number of other community organizations. He was one of the prime movers in the campaign to create the Wild Basin Wilderness Preserve.

Marie Anne had a long and distinguished career as elementary school teacher. She also did some office work for KHFI in its earliest days, and she helped with social events and fund-raising when KMFA was being established. She was involved in many community organizations and was a founder of the Austin Natural Science Center, predecessor of both the Austin Nature and Science Center and Pioneer Farms.

Their son, Hoyle, Jr., now lives in Aztec, New Mexico. As a small child, he spent countless hours in the company of Leonard Masters and the other KHFI announcers, developing a keen interest in music. Just before KMFA started broadcasting, he left for the University of Pennsylvania, where he joined the staff of the college radio station. When he was back home in Austin, he worked as a part-time board engineer for KMFA. He is a pianist and composer who has made many recordings, and has appeared in concerts and music festivals all across North America with his partner, Jane Voss.

Hoyle, Jr., says, “My folks loved Austin. They traveled all around the world, but they never wanted to live any place other than here, where they’d come as college freshmen back in 1942. They put their time and energies into projects and organizations devoted to creating cultural and educational opportunities for all the people of Austin. They were especially proud of the success and endurance of KMFA, and they left this bequest to help KMFA continue enriching Austin’s cultural life.”

If you are interested in helping to ensure an ongoing legacy of classical music for Austin, please feel free to contact David Hammond, Director of Development, at 512-476-5632, to discuss ways you can include KMFA in your bequest planning.