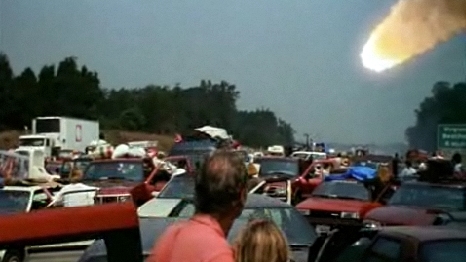 This week on Film Score Focus we're doomed. All doomed. Why? Because a large meteorite, comet, or chunk of an exploding moon is heading right toward earth! So what do we do in a situation like this? Let's listen to film music! There are plenty of movies about earth's destruction from colliding space bodies. Makes for some very interesting music indeed: action, adventure, and utter doom. Yay!

Here's the lineup for FSF-582 "Hurtling Toward Earth" 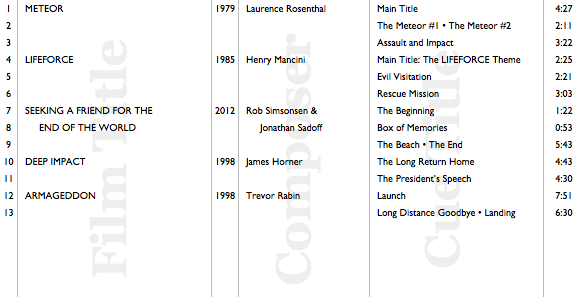