This week on Film Score Focus we're listening to music from the films of one of Hollywood's most iconic and legendary actresses...Bette Davis! She often played an antagonist who came across as brash, a little creepy at times, and powerfully stern, but for decades audiences loved her. Davis is one of the best actresses Hollywood has ever produced and she's inspired some pretty talented composers as well.

Here's the lineup for FSF-599 "She's Got Bette Davis Eyes" 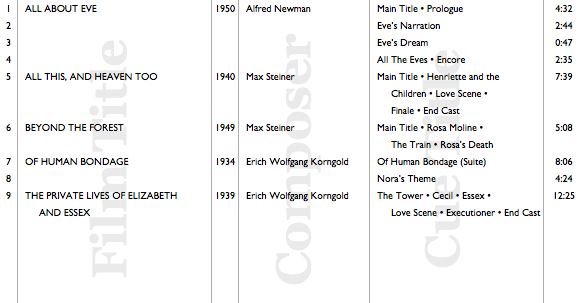